EV Q&A — Is this EV thing just a fad or is it here to stay? Got evidence?

There’s a trend of transitioning from petrol and diesel vehicles, to vehicles powered by electricity. In this post, I’ll report on the growth rates of EV sales in NZ and similar overseas markets.

What is happening in New Zealand?

There seem to be more and more electric cars on the roads. I wonder if this is just a Wellington thing, or is it happening in other centres? The Ministry of Transport maintain an interesting page of EV statistics, including their popularity by region. 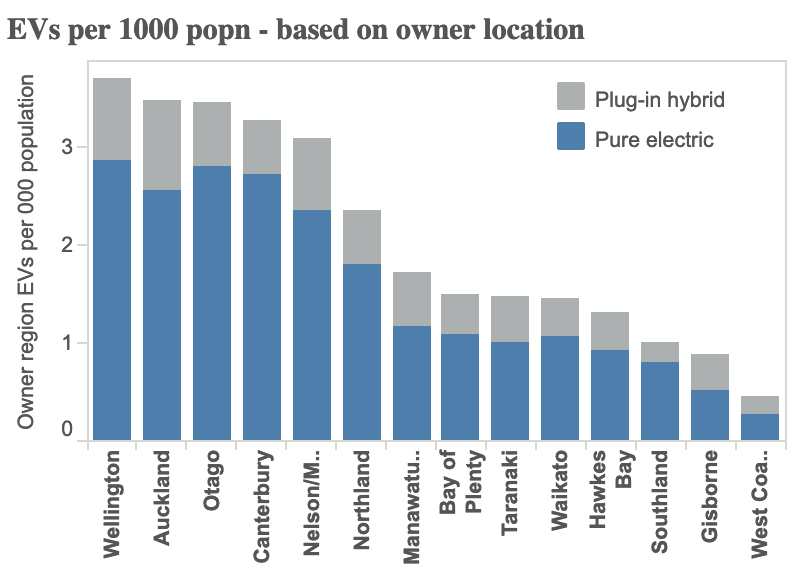 This is quite interesting, as it shows that the 4 ‘original’ main centres are fairly equal in adoption rates (0.3–0.4%) while the ‘new’ centres of Tauranga (BOP) and Hamilton (Waikato) are lagging (0.1–0.2%). Note: this is the percentage of EVs for the total population of cars (not incoming vehicle registrations).

But, the original question is regarding growth rates — and if EVs have a long term future in New Zealand.

Positive growth was certainly happening during 2014–2018, but it seems to have slowed in 2019. Looking at the chart, there appears to be a repeating pattern of a slower summer with a higher growth rate in winter and spring.

What is happening overseas?

Everyone seems to mention Norway as the global leader in EV adoption. According to NPR, 58% of new car sales in Norway are electric (as at March 2019). The Norwegian government have had incentives for many years. They also penalise vehicles with high emissions, and this has contributed to the impressive adoption rates. 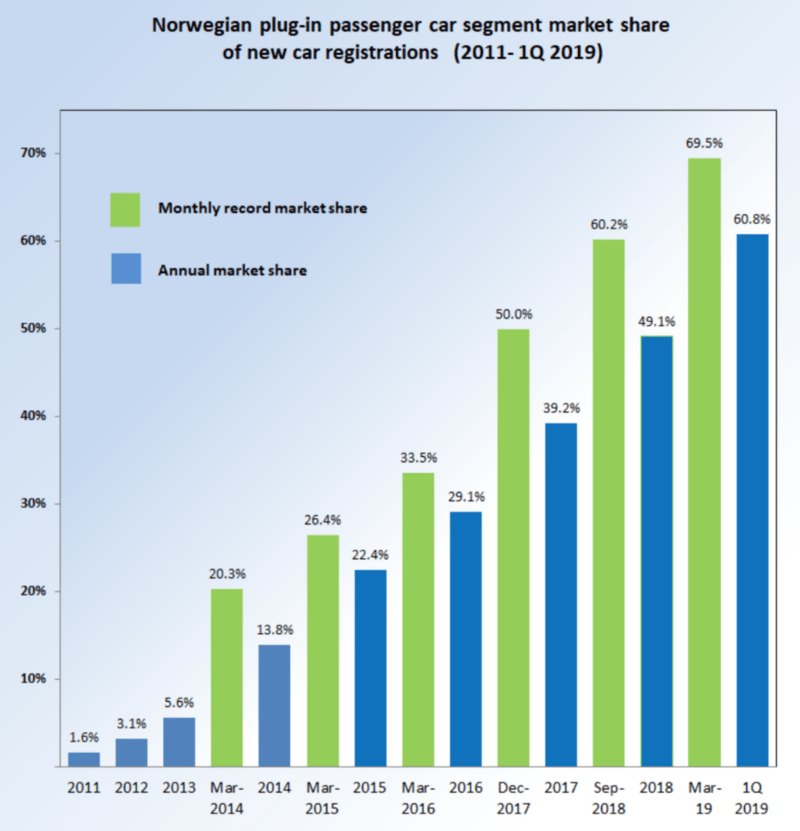 Norway has a lot of similarities to New Zealand — hydro power, mountainous terrain, and a similar population. The main difference is their wealth with a GDP per capita of US$74,000 compared with New Zealand’s US$40,000.

What about the United Kingdom? They have a much closer GDP of US$45,000, so what are their EV adoption rates like? 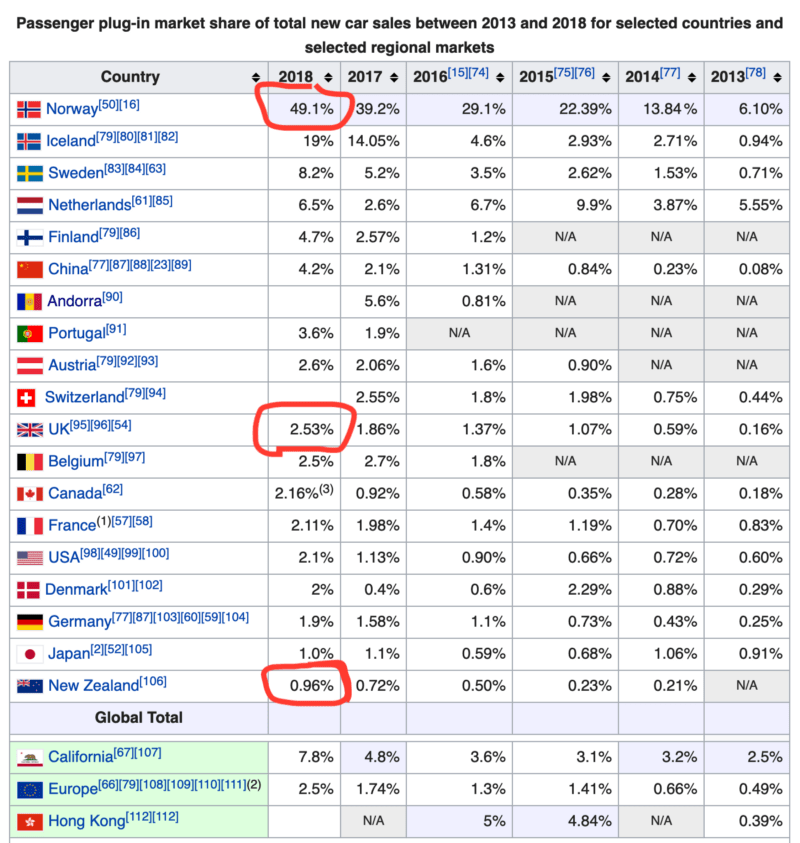 As you can see, the UK has a new sales rate of 2.5% which is higher than NZ. Note that the percentages here are for new ‘car’ sales rather than the ‘light’ vehicles that the Ministry of Transport figures mentioned.

New Zealand is a laggard

We are much slower in the uptake of electric vehicles in New Zealand when compared to similar countries overseas. Other countries have used generous incentive (and dis-incentive) programmes to promote uptake.

The incentives in NZ are minor, and include:

In May 2016, the New Zealand Government set a target of 64,000 electric vehicles by 2021. We are currently at 13,659 so we have a long way to go. Overseas data would suggest that growth will continue.

As New Zealand does not have a vehicle manufacturing industry, we will inevitably end up with whatever the world produces. A Bloomberg report ‘Electric Vehicle Outlook’ shows that in 10 years time, around a quarter of all new car sales will be electric.

Tony Seba from Stanford University is even more ambitious about the rise of the electric car with his prediction that the demise of fossil fuels (petrol, diesel, etc) will occur in about a decade.

Every week, another manufacturer announces another new EV. Many of these (including the Tesla model 3) are for sale now. The prices continue to slide slowly downwards, and the size and range of the batteries continues to grow. In fact, with 64 kWh batteries becoming commonplace on new models (range 400–500 km), it’s likely that battery growth is no longer required.

We will also see an increased supply of used electric vehicles available to purchase from NZ company fleets. These are typically leased for 3 years, and then sold locally. This will add to the current main source of second hand EVs, which is Japan.

Overseas evidence would suggest that the popularity of electric vehicles will continue to rise in New Zealand. We may continue our sluggish pace for a few years, or follow the higher rates of other OECD countries if we get a purchase incentive programme.

Eventually, petrol and diesel vehicles will have reduced international availability. The costs of running these ‘fossil fuel’ vehicles will slowly rise, as the fixed costs of operating the fuel distribution network is shared among a smaller group.

Electric vehicles are not a fad, they are the future. A future that cannot include fossil fuels if global temperature rise is to be kept below 1.5℃.